Twin Peaks Savings and Loan was a bank in Twin Peaks, Washington.

In March 1989, the bank was victim to a bombing by the late Thomas Eckhardt,[1] killing the bank's clerk, Dell Mibbler, along with Andrew Packard and Pete Martell. Injured in the explosion was Audrey Horne,[2] who had chained herself to the vault door in protest of Catherine Martell's Ghostwood project and the bank's connection to it.[1] 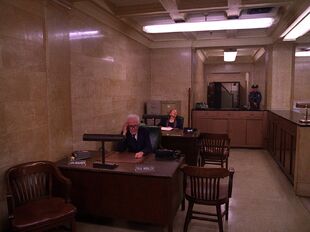 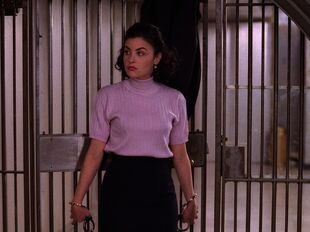 Audrey Horne chained to the vault

It is unknown if the bank containing Laura Palmer's safe deposit box (seen in the pilot episode) is the same as the Savings and Loan.