Several utility poles, each of which with the same marking. Bigger numbers read "6", smaller ones above read "324810."

In 1988, this pole was situated within the Fat Trout Trailer Park in Deer Meadow, Washington. The arm's whooping sound emanated from the pole during a meeting above a convenience store,[1] and during FBI agent Chet Desmond and Sam Stanley's search of Teresa Banks' trailer. When he returned to the lot that evening, Desmond got a strange feeling when he looked at the pole and heard the same noise.[2]

This pole also has the inscription "720" carved on it and partially readable brandings. There are readable two-character wood species abbreviation "WC", which means the pole is made of western cedar.[3] 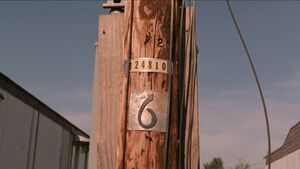 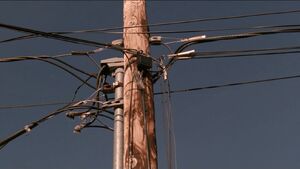 Add a photo to this gallery

In 2016, another pole with the same markings, stood on the corner of the Highway 21 in Twin Peaks. A buzzing noise emanated from it shortly after a local boy was struck and killed in the road by Richard Horne.[4]

This utility pole has a distribution transformer installed on it. 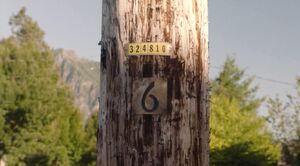 Utility pole on the intersection where young boy was hit by Richard Horne's car. 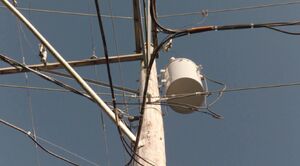 Add a photo to this gallery

Another pole with the same markings stood outside Carrie Page's home in Odessa, Texas.[5] This particular pole was shown to Andy Brennan in a vision by the Fireman.[6]

This utility pole also has a distribution transformer installed on it. 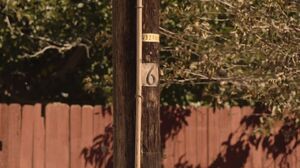 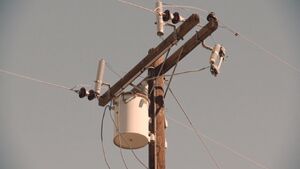 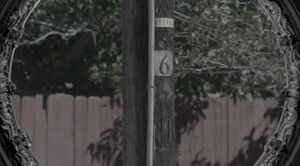 Retrieved from "https://twinpeaks.fandom.com/wiki/Utility_pole?oldid=45245"
Community content is available under CC-BY-SA unless otherwise noted.